A New Jersey architect was designing a spectacular home that trended toward a modern design. He wanted an exterior modern staircase that had limestone cantilevered treads with hidden lighting fixtures within them.

Initially, a solid stainless steel structural bar was cast in place in the concrete wall. Then we took precise measurements and designed the stair tread structure; this was also formed out stainless. The floating stair treads were designed in a manner to have the appearance that the limestone treads were floating in mid-air.

The stair tread structures were completely custom created in the shop. Special provisions were made in the fabrication of these tread structures to allow the hidden light wiring to be run straight through them.

On site, each tread structure was positioned into an exact spot onto the stainless stair structure that was embedded into the concrete. 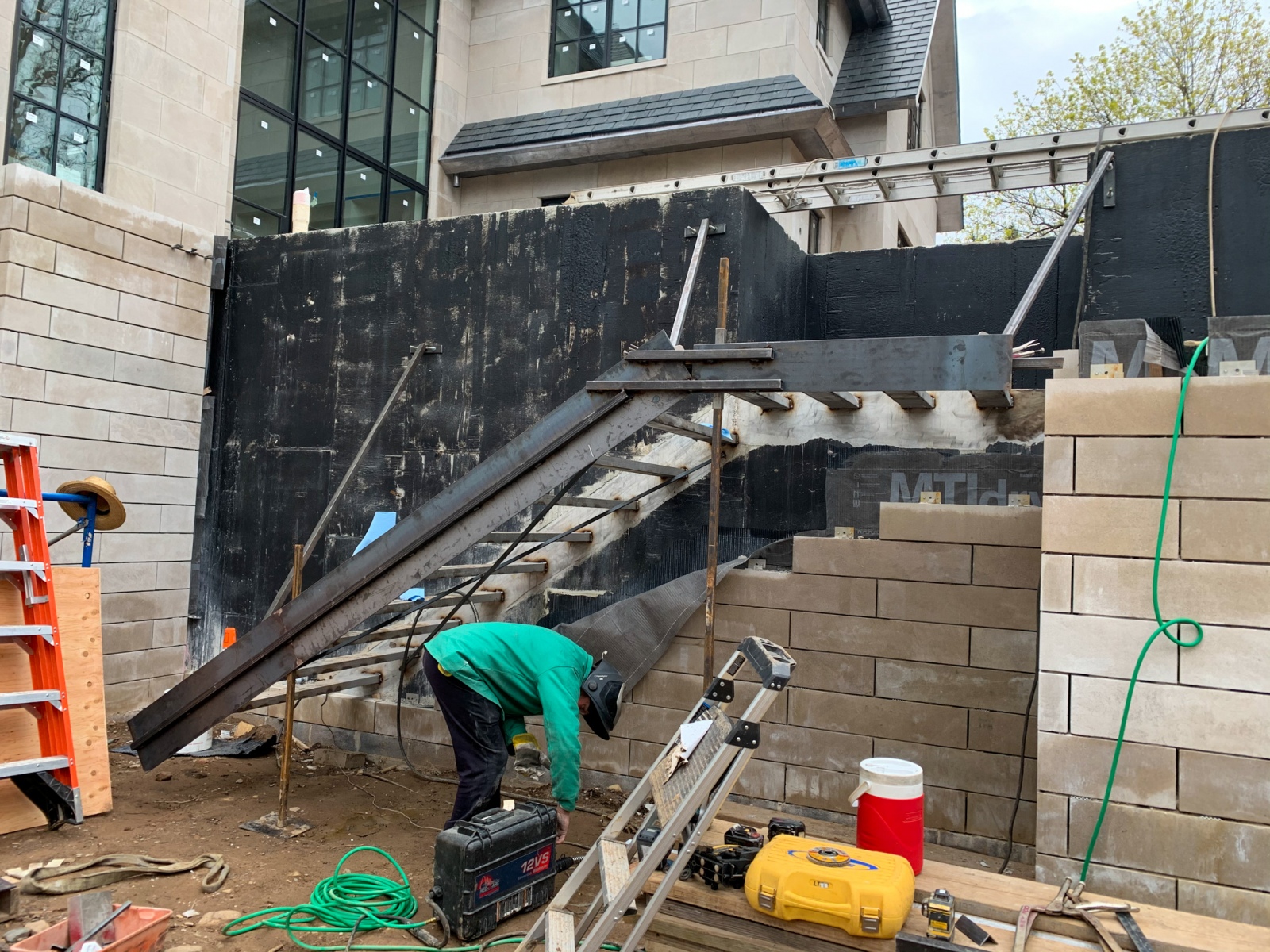 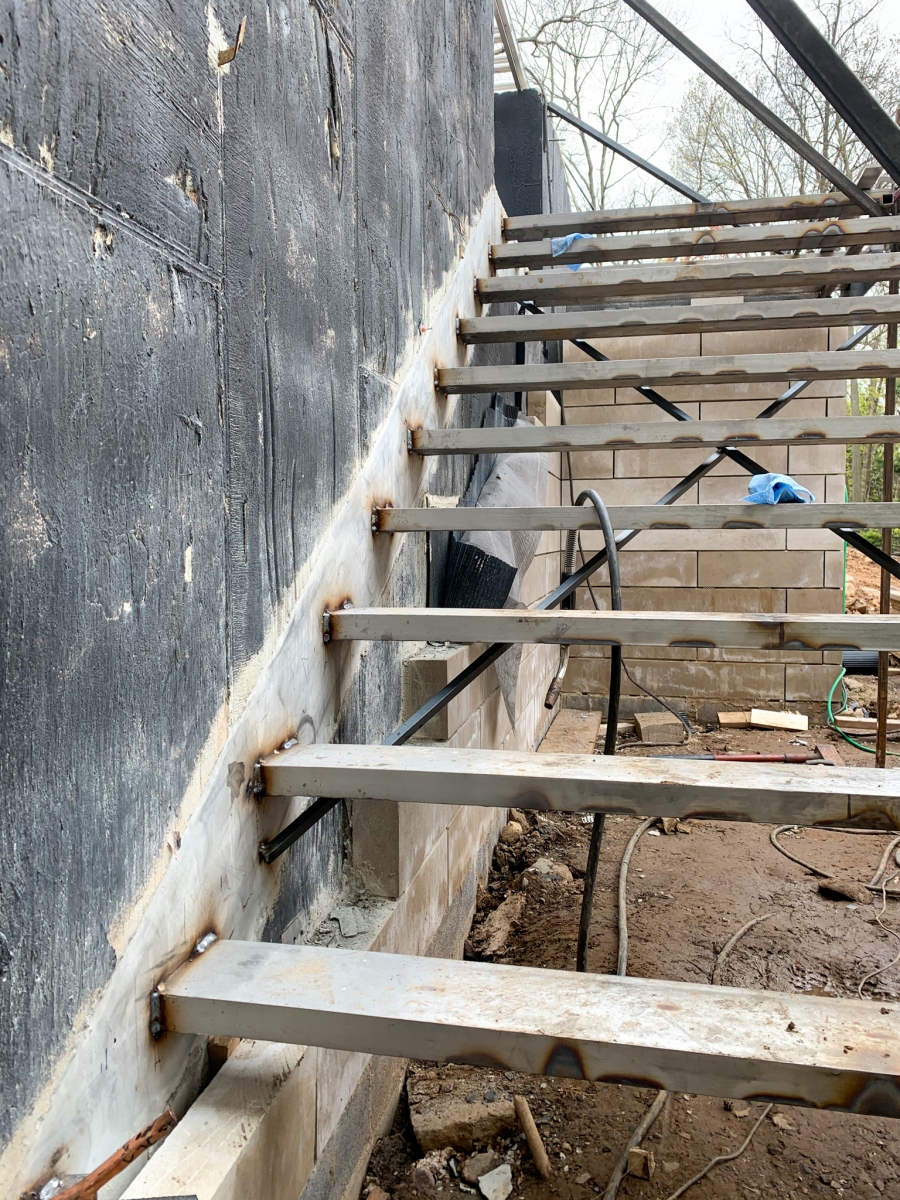 Once all the stair tread structures were in place and welded solid, then the wiring was lane for the lighting. After which, the limestone treads were adhered with epoxy, maintaining 3 ½” space between the wall and the limestone to give the visual “floating” stair effect. These treads had a mill finish that presented an organically subtle appearance.

After all stair components were meticulously installed, the modern stair railing was mounted. The design of the modern rail consisted of stainless-steel cabling and an aesthetically industrial post and rail structure.

In the end, this New Jersey client can now enjoy this exterior stair that provides both practical accessibility, while also displaying a unique taste of modern Industrial design. 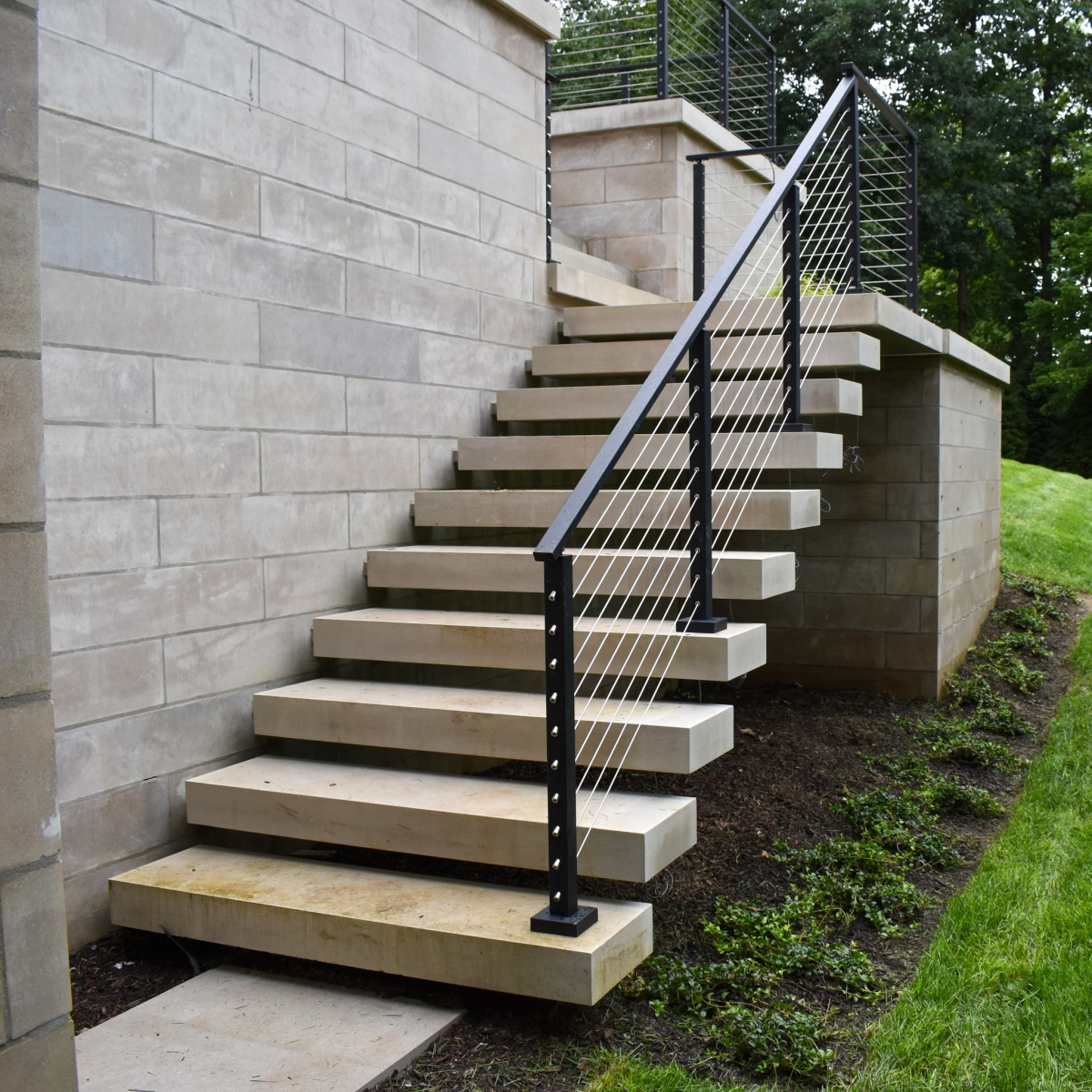 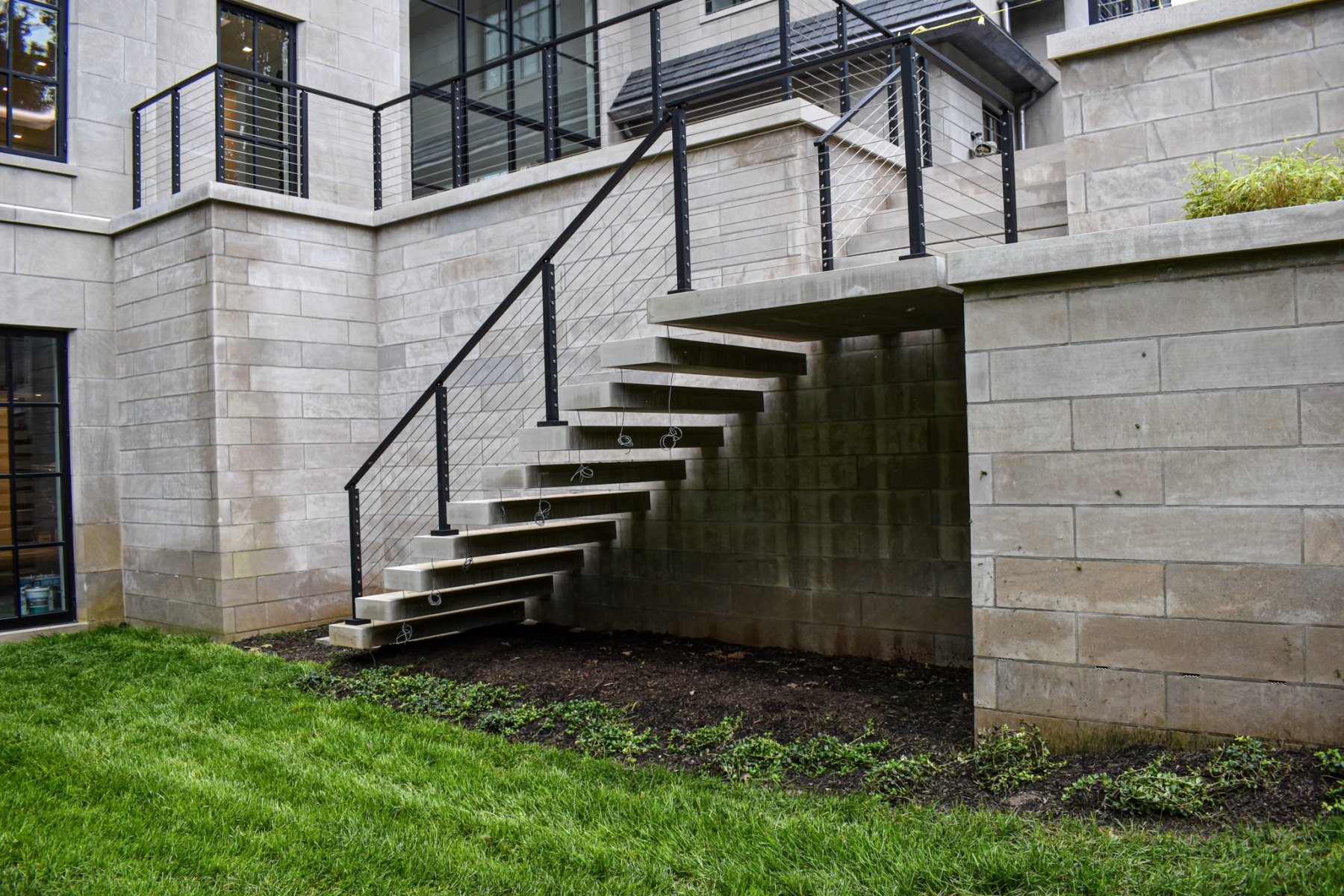 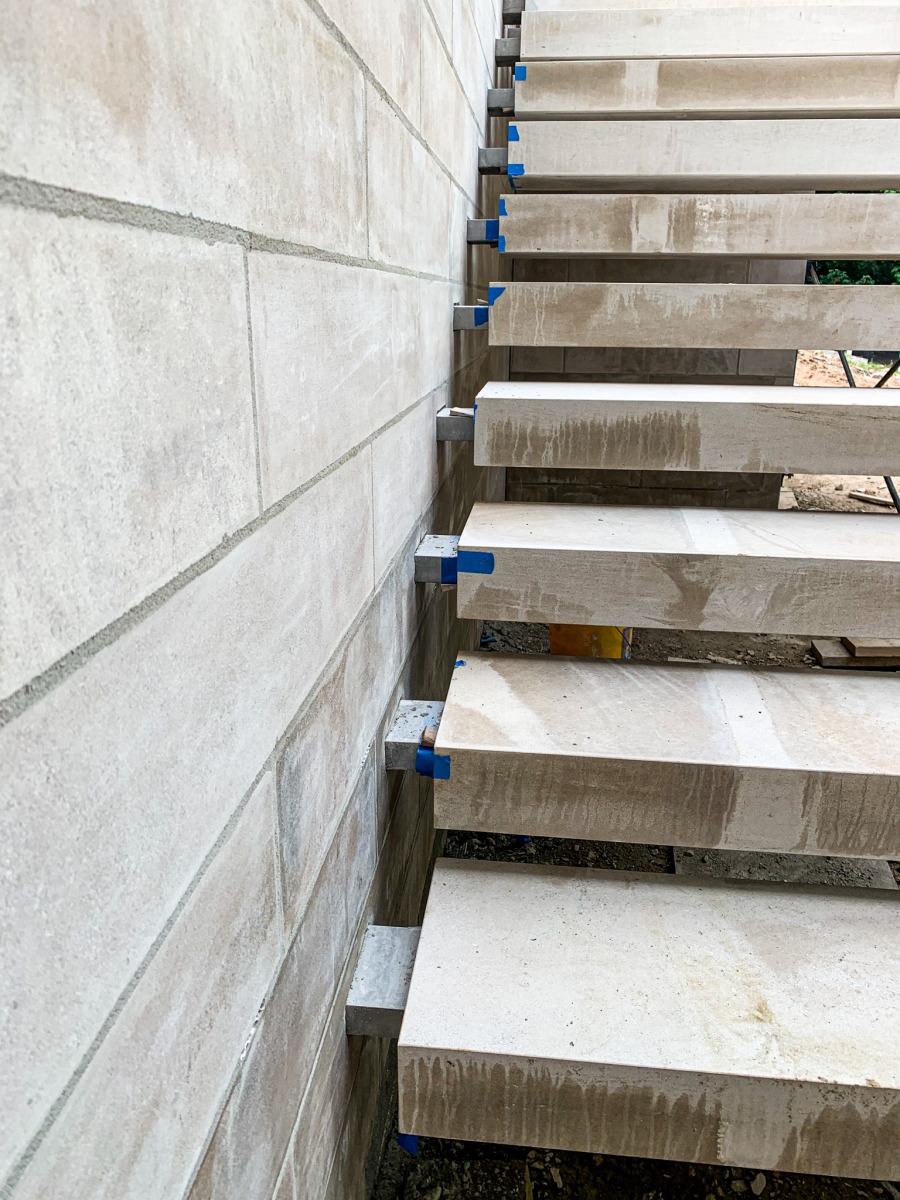 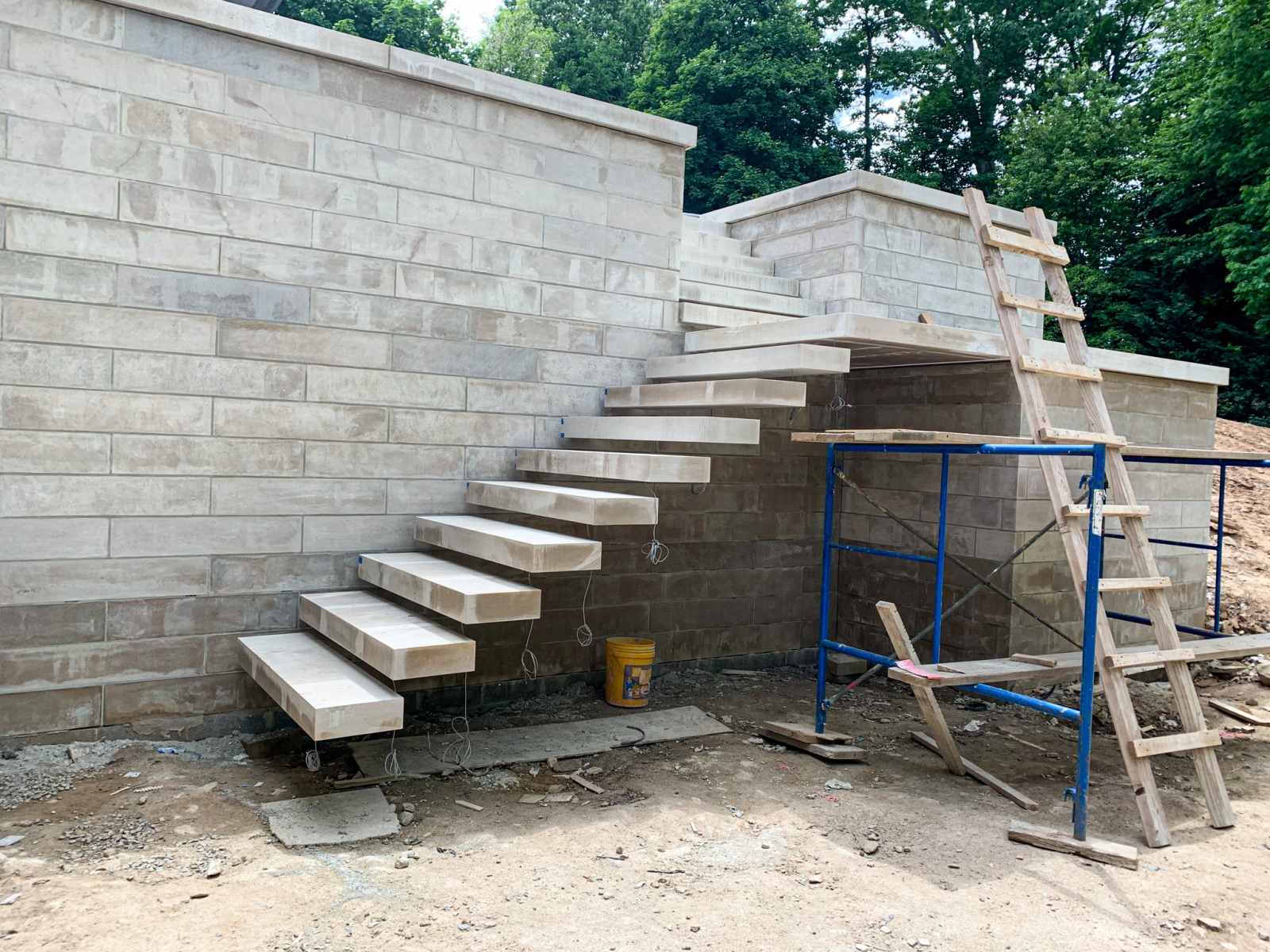