A talented builder and a creative designer were renovating a home in New Jersey. The designer was seeking to implement modern mono-stringer stairs into this home to provide accessibility to the 1st, 2nd and 3rd floors. The design that was chosen was nothing short of spectacular! 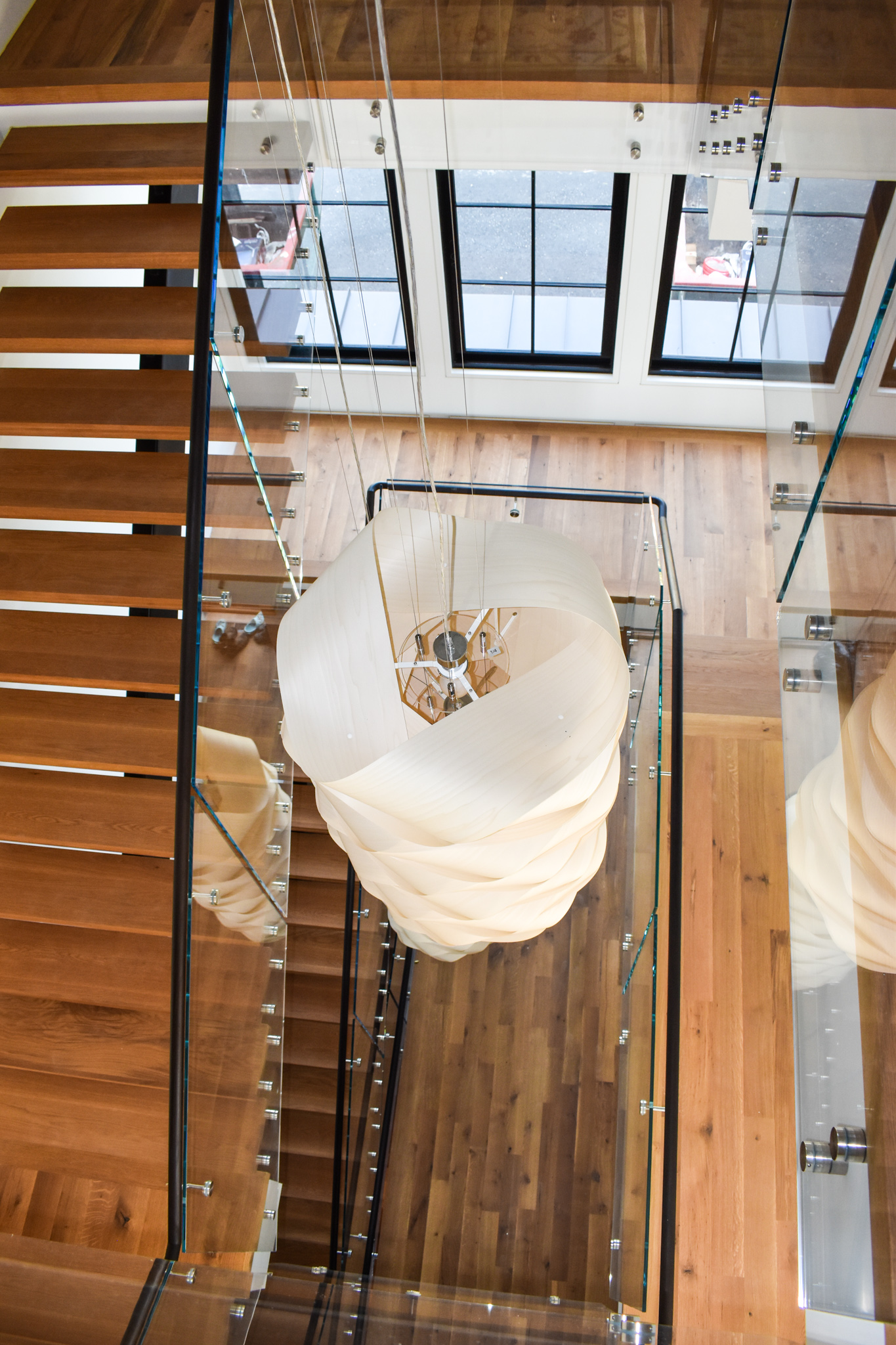 This mono-stringer stair offered what we like to call the “invisible rigidity” effect. The design intent was for the steel stringer to have steel verticals to suspend the white oak treads. Attached to each tread would be two stainless steel brackets that would support the glass panels that formed the sleek railing. Along the upper portion of the glass panels would be a steel handrail that merged the glass panels into a single unit both visually and structurally.

For additional aesthetic appeal, the steel stair structure would be designed so that no parts of the steel tread plates were visible. This would be accomplished by creating a custom notch on the bottom of each tread cap.

The steel stair structure would be dependent upon two landings which had to be designed and engineered to interface into the existing structure. These landings also had to be designed to suspend each steel stair stringer independently to provide a large opening within the modern staircase. This design element provided the “open” concept that allowed full view of all three stories of these monumental stairs.

Once engineered and the design approved, the craftsman created all the steel stair stringers and landing components.

Hoisting these steel stringers into place was a major challenge! Being that the cavity for the stairs was so large, the install team placed a lift in the center of the steel staircase so that they could access all points of the contemporary stairs while mitigating the danger of falling. The stair railing was ½” thick tempered glass, so it was quite heavy and contributed to the need for careful engineering to support the glass railing. 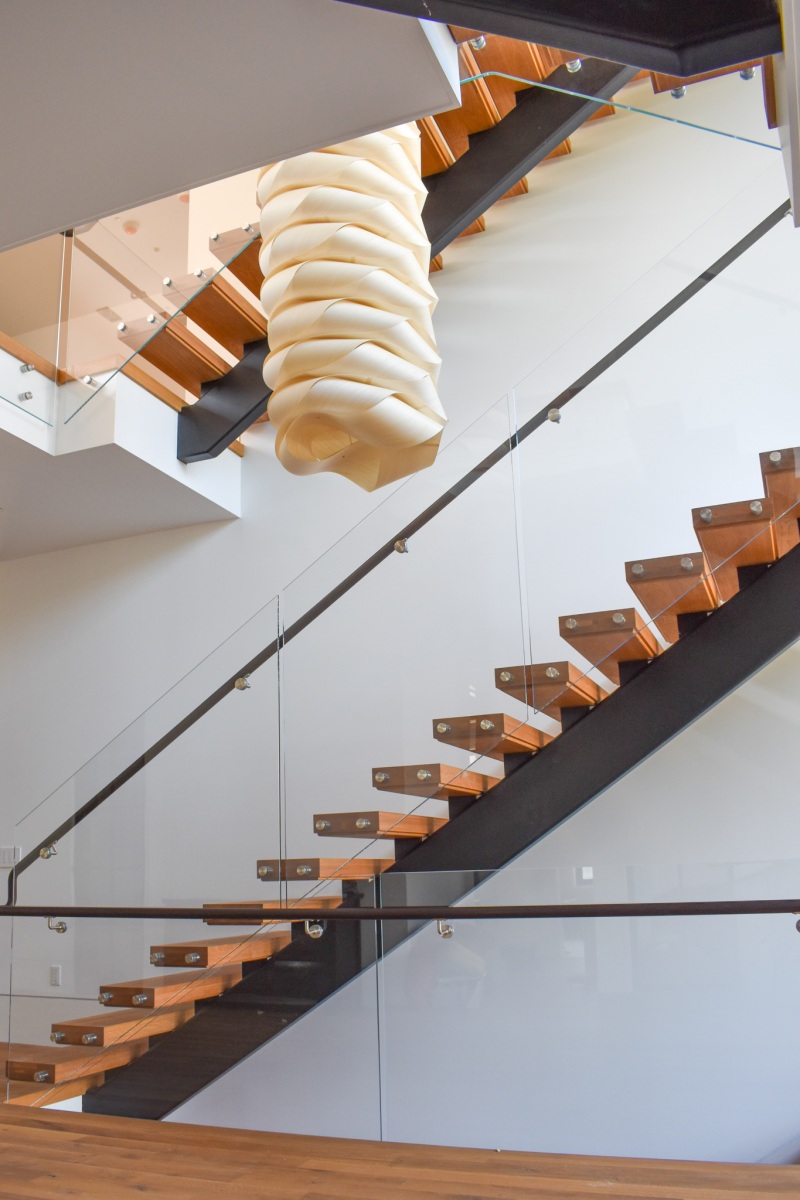 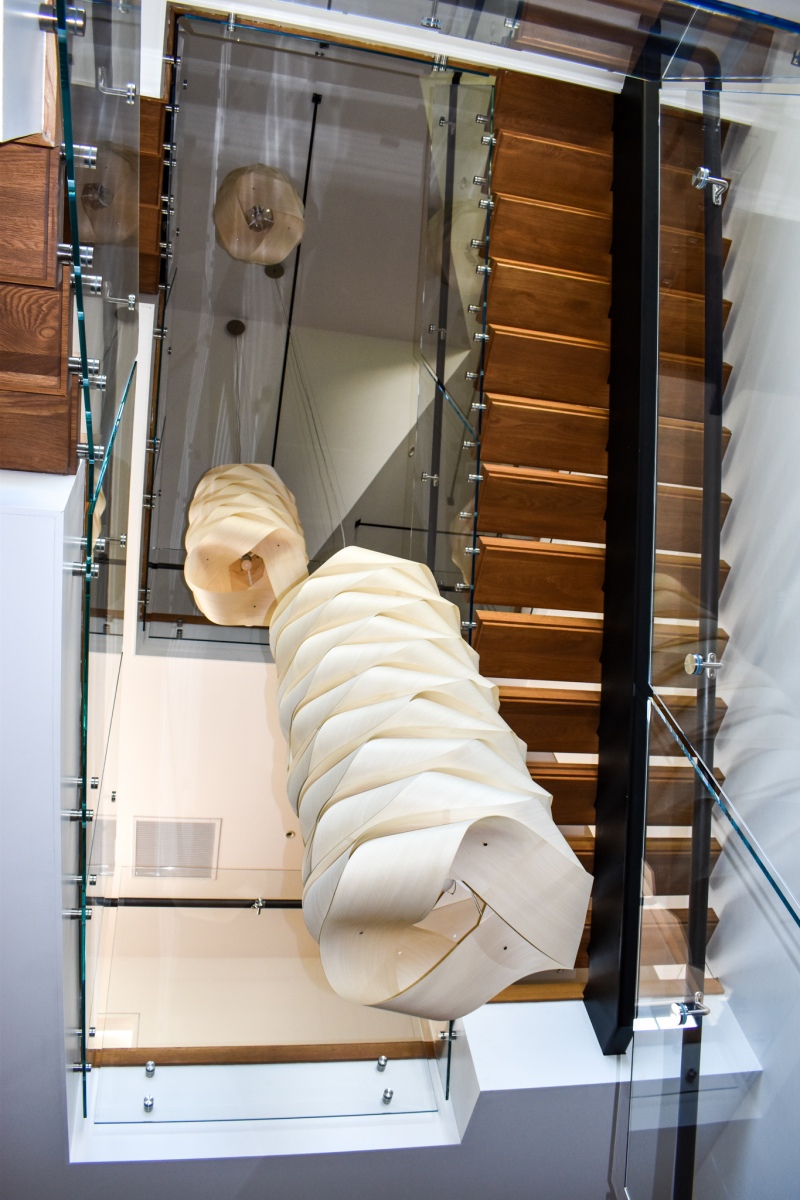 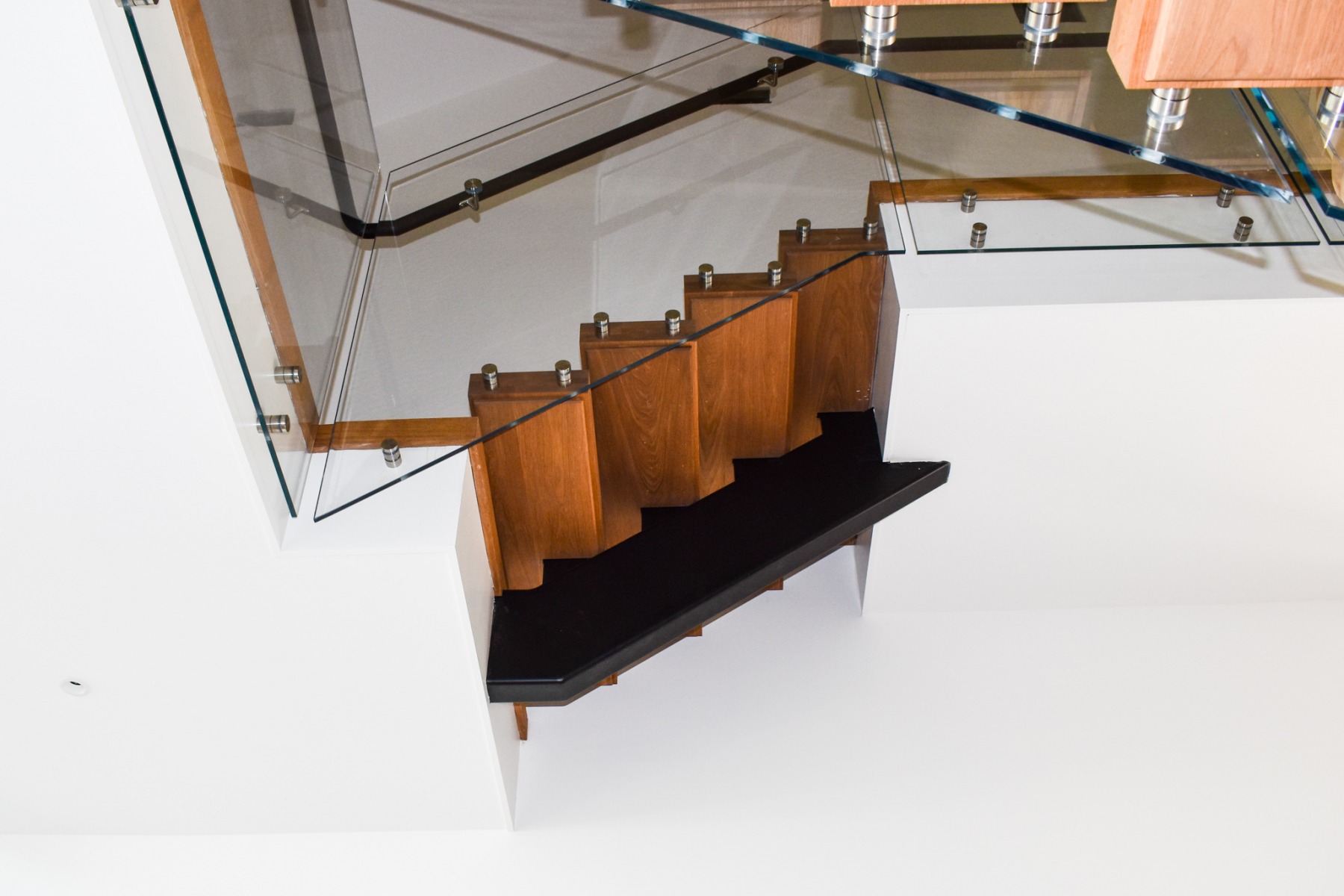 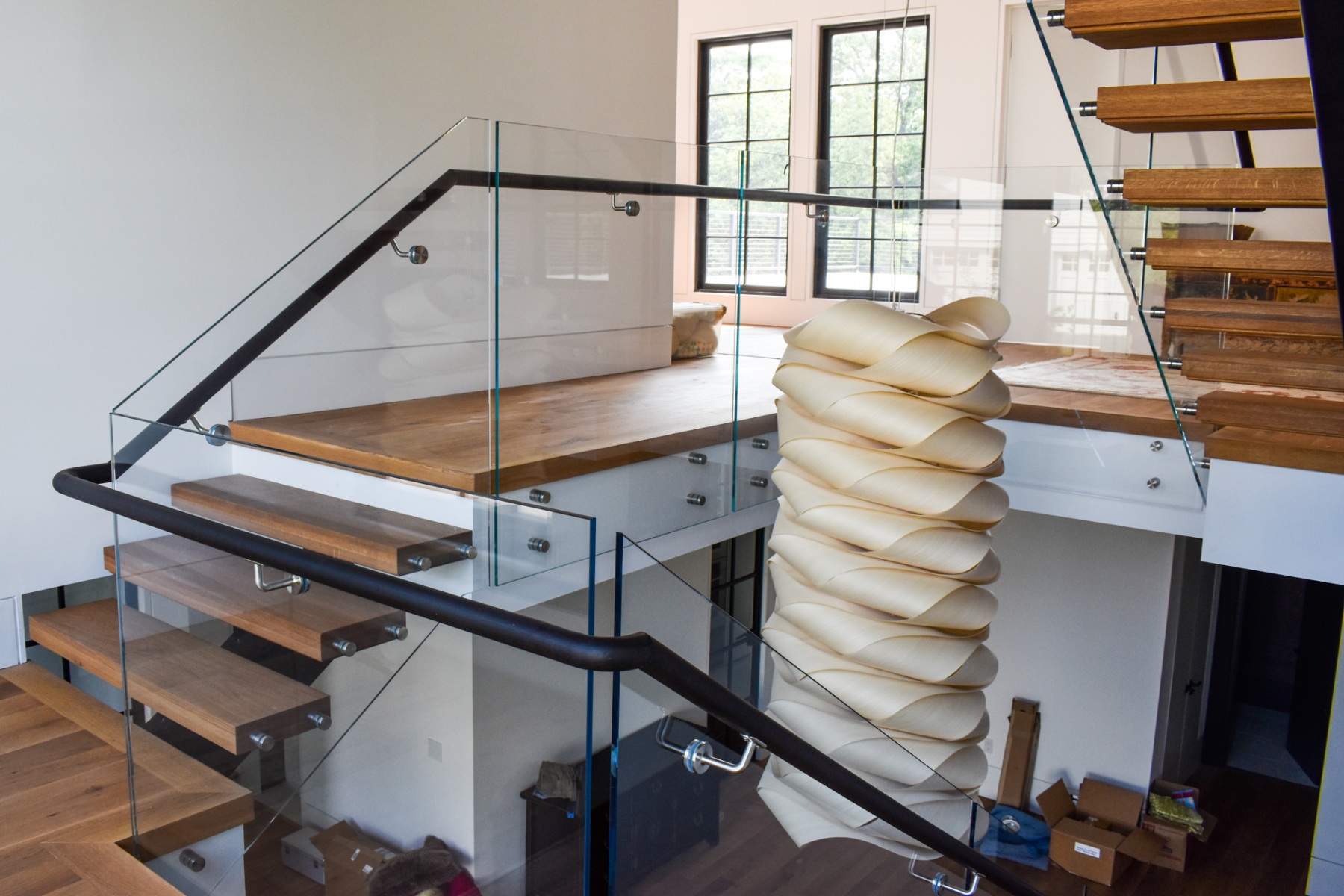 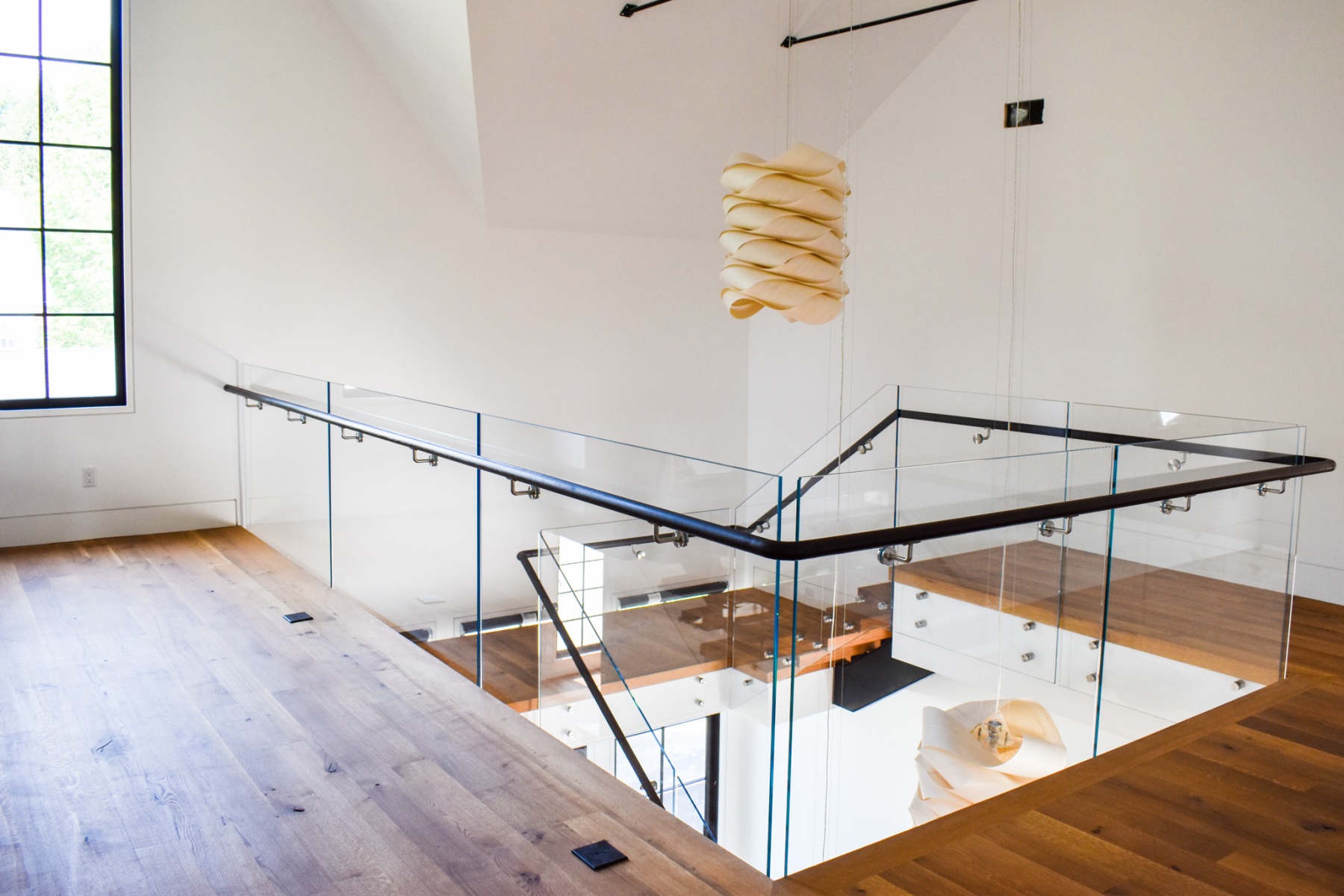 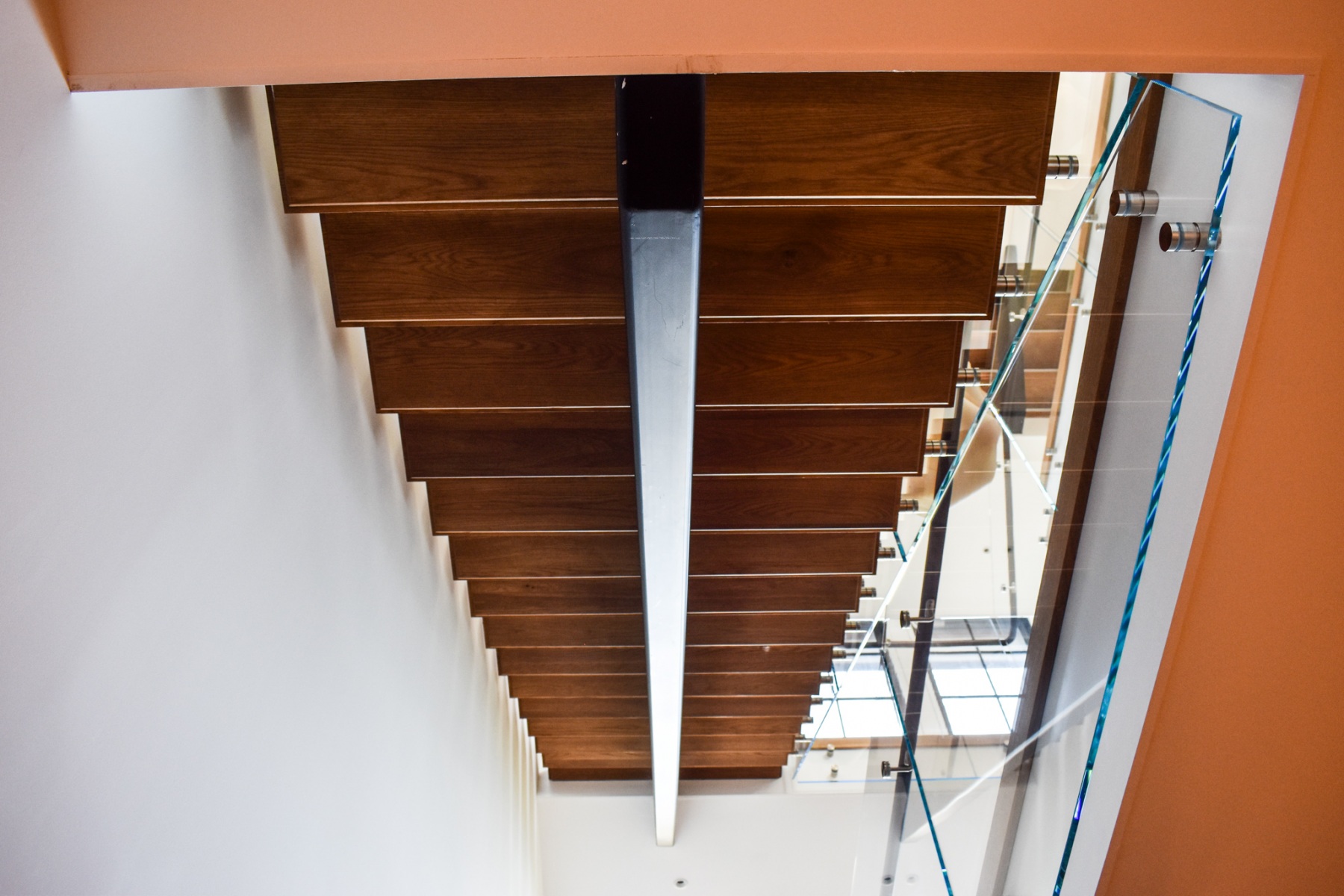 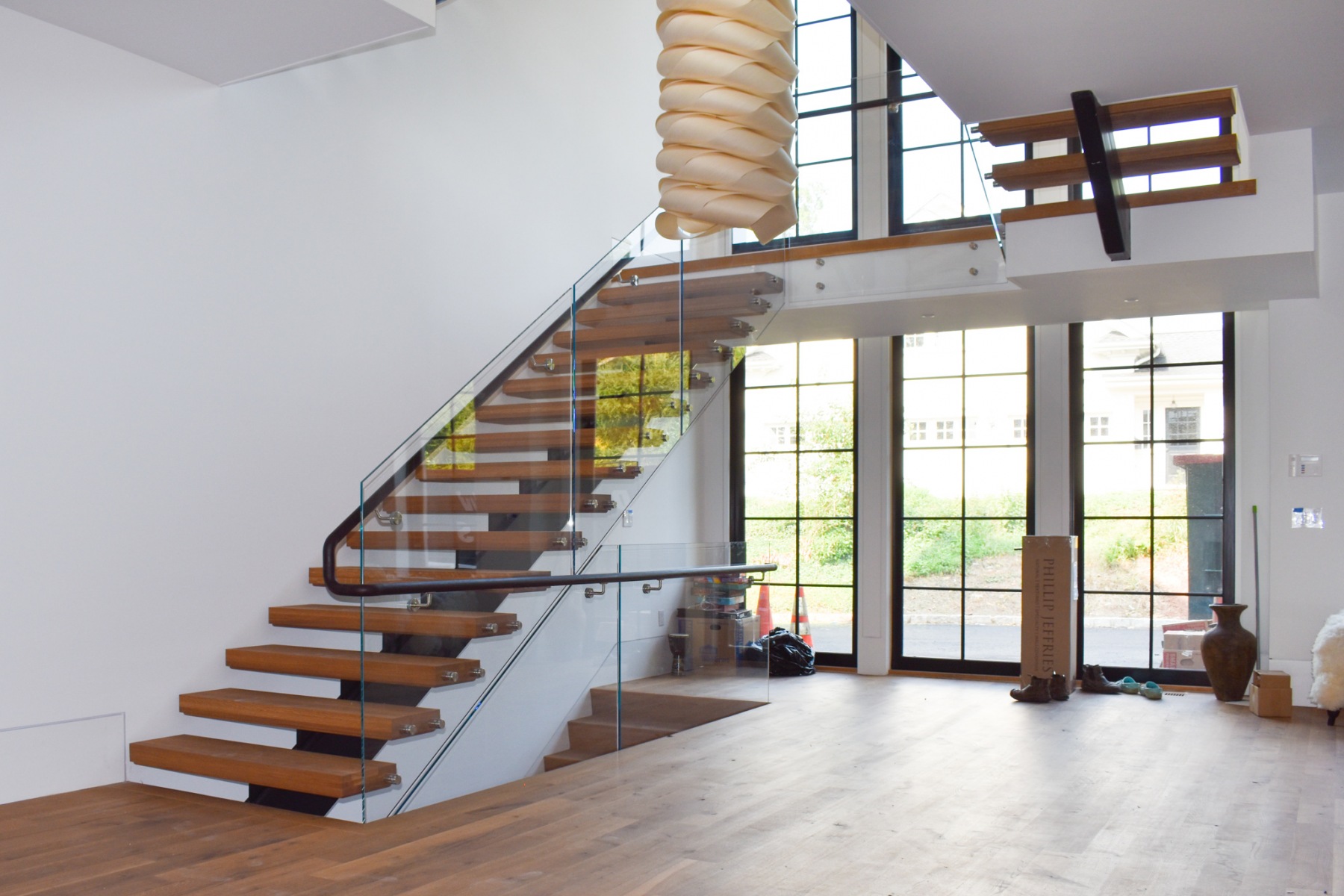 When the stairs were completed, the client, architect, and builder were thrilled with the wow factor that this floating staircase added to the modern home.