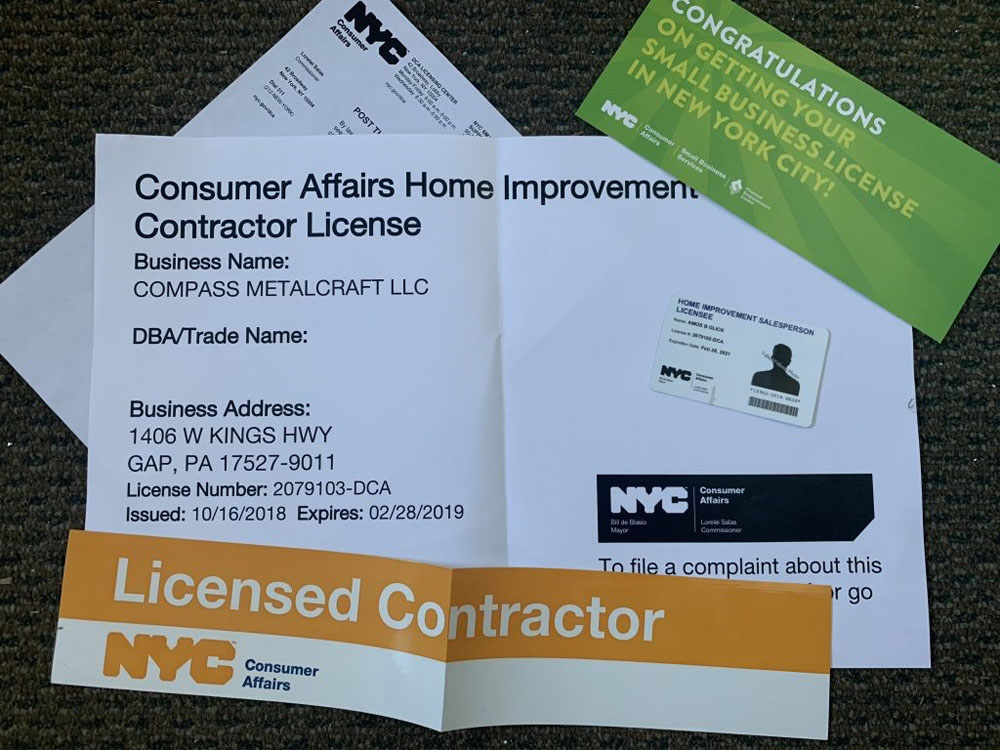 After first turning us away, then denying a home improvement contractor license, New York City Department of Consumer Affairs has created a new protocol for licenses that have religious convictions opposed to photo ID.
For a decade, we have been involved with the prestigious AD home Design Show. Our goal was the affluent New Jersey Residential market. But over the years, we had interest from New York City projects. We registered with the State, got a tax license and the final hurdle was HIC license.

The process was quite daunting and we invested about $20,000 in all the paperwork, proper bond and insurance requirements before we were even able to apply for a license.

They immediately flagged the non-photo ID, checked with their supervisors, checked with general counsel and then with New York Law department. And asked us to come back the next day.

The following week, they said “No, can’t do it.” Which they were informed it could fall under religious discrimination, their attorney still gave us a flat “No”. But after seeing U.S. State Dept.  protocols, they re-evaluated for a while. Then got back to us with a protocol that works for everyone, a win – win situation.

For us, New York being the design mecca of the country, if not the world, it was very important that our level of craftsmanship could be provided legally. Especially with this hottest trend in design, where floating stairs are being designed to create visual impact in contemporary spaces. Call the material rustic, contemporary, transitional, ying yang or eclectic designer that was somewhat dissatisfied with their staircase, did not know what they desired, just knew they wanted something different. They were ecstatic when we provided some inspiration of past stair projects. This phenomenal stair and stair handrail could quite possibly be the first of such an incredible project in New York City.