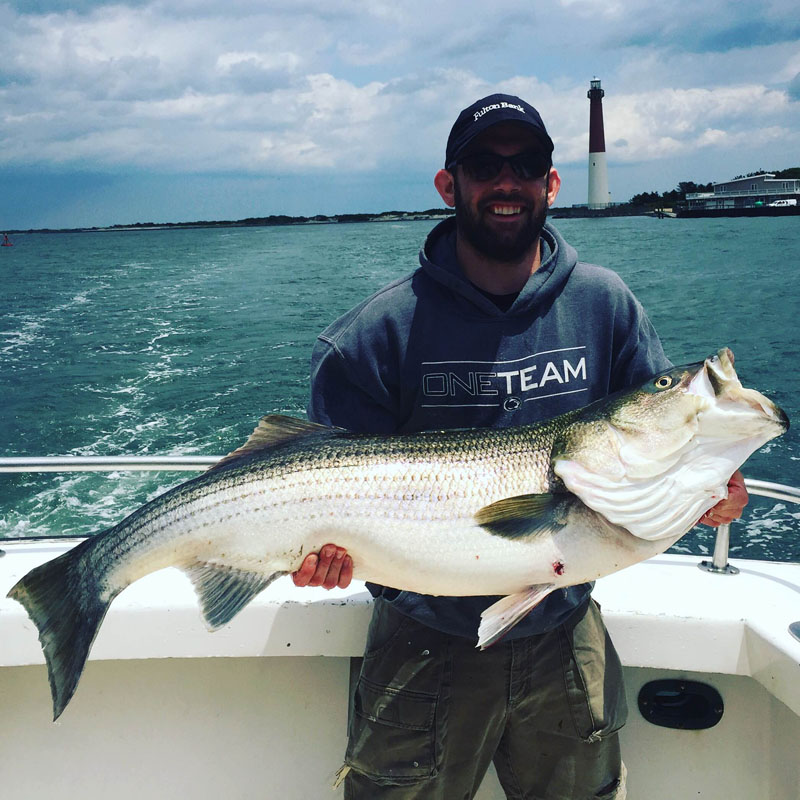 The guys at Compass booked a charter boat to go fishing in June. Arrived at the dock a tad late and headed straight for the inlet to try for blues. We fished and fished and caught one 2 ft blue in half and hour, and fished and fished some more, for hours, but had no luck. So we moved farther out, looking for bubbles from mud bunkers. No success, then we put a large triple hook on spinner rods, cast them out and reeled in like crazy. We were able to snag a bunker every once in a great while, reel him in, make sure the hook was set into the back correctly and put them back out to use as bait for bigger fish.

We waited and waited, and finally one hit, the mate told Steve to hold onto this line so he could clear the deck of other poles. Steve started pulling him in and WOW, what a fish! A striped bass almost 4ft long! 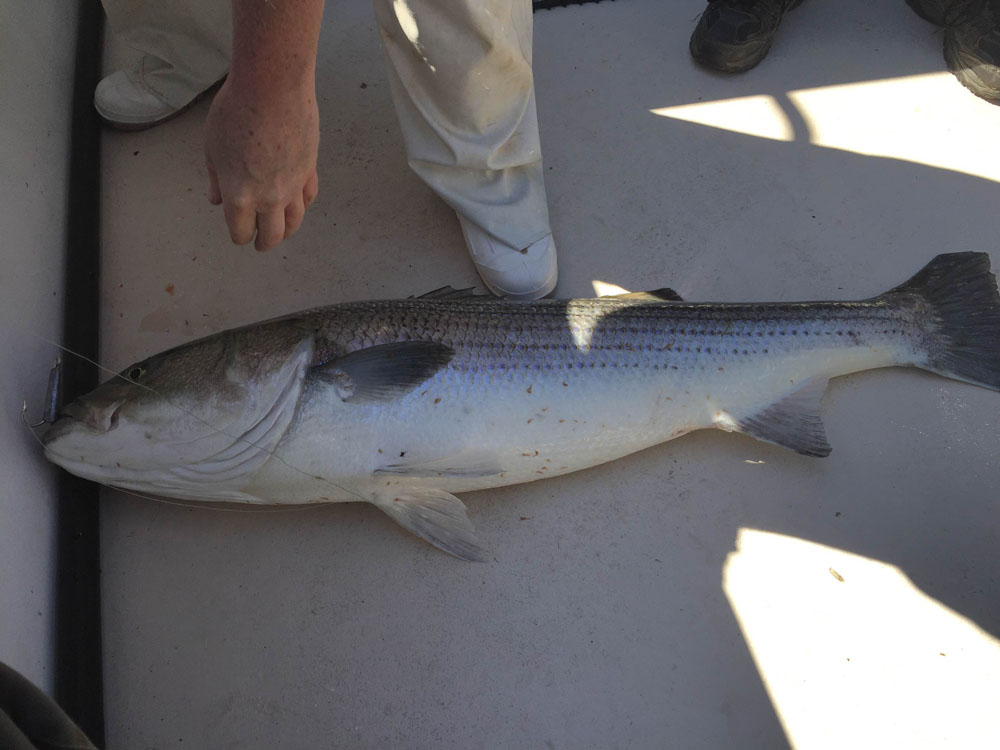 About half an hour later, Amos had one hooked, the reel zipped out and that fish was headed OUT! We started the boat to follow after so we wouldn’t run out of line. Amos tried to reel in occasionally and the reel would sing some more as the fish took off again. After wearing the fish down, he was able to reel it in closer, what ended up being an even bigger striped bass.

2 awesome fish in one day….and now Amos can truthfully tell the ultimate fishing story and say he caught a fish This long and reach out his arms as far as he can!